When the Motorola Moto G was first announced back in 2013, it took the smartphone industry by storm. It was one of the first smartphones that was affordably priced yet offered features that phones costing double couldn’t match.

In 2 years, smartphone business has changed drastically with brands like Xiaomi, Huawei and One Plus entering the market. Motorola phones in every price bracket were still value-for-money, but they couldn’t match the specifications that competitors offered in the same price bracket.

However, the big advantage of buying a Moto G is the clean version of Android, without the added bloatware. There are two advantages of having the slightly modified version of stock Android. One, the chances of users facing software issues is less and Moto G phones get the quickest updates after Google Nexus series of smartphones.

The 3rd generation of Moto G has quite a few improvements. Check out the spec-wise comparison.

Device Size and Weight: The 2015 version of Moto G is slightly larger and thicker than its predecessor. Although the phone feels good in the hand, we weren’t too comfortable with the thickness (11.6mm) of the device. Winner: Moto G 2014.

Build Quality: The build quality has improved. The phone now features a metallic strip on the back, which makes it feel a little more premium. Winner: Moto G 2015. 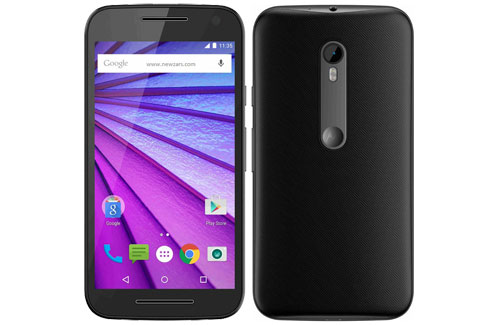 Internal Storage: Remains the same. Two variants are available. 8GB and 16GB. The advantage of buying the 16GB variant is that it comes with 2GB RAM and the price difference is just Rs 1,000. Winner: Moto G 2015 16GB.

Processor: The processor is slightly faster. Unlike the previous generation Moto G which was powered by the Snapdragon 400 1.2 Ghz processor, the latest Moto G comes with Snapdragon 410 clocked at 1.4 Ghz: Winner: Moto G 2015.

RAM: 8GB variant comes with 1GB of RAM, 16GB version comes with 2GB RAM. The price difference is Rs 1,000. No brainer, really. For just thousand rupees more, you get double internal storage and double memory. We highly recommend that you get the 16GB version. Winner: Moto G 2015 16GB.

Battery: The added thickness to the device is mainly because of the higher capacity battery. The Moto G 2015 has 2470 mAh battery, compared to 2070 mAh in last year’s version. Winner: Moto G 2015 16GB.

Camera: Motorola has bumped up the megapixel count. The 2015 Moto G comes equipped with a 13 megapixel rear camera. In the past, picture quality from Moto G has always been a disappointment. Competing phones in the same price range, offer better camera optics. Having said that, the camera is definitely an improvement from the old Moto G. Winner: Moto G 2015.

How to buy One Plus 2 in India?

Phone with good camera within Rs 6000