One Plus has announced the successor to one of 2014’s most popular smartphones, the One Plus One.  So what’s new and is it worth the upgrade if you already own the One Plus One or a similar device? Let’s find out!

Display: The size, resolution and type of the display hasn’t changed. The One Plus Two has the same 5.5 inch ISP display at Full HD (1920 x 1080) resolution. We expected the resolution to be bumped up, but that would have significantly increased the cost too. Remember, the One Plus Two comes in the budget category as it offers top notch specs for a low price. Winner: Tie, both are fantastic displays.

Device Size: The One Plus Two is slightly smaller to hold, but the thickness has been increased from 8.9mm to 9.9mm. The latest version is one of the thicker devices available in the market. The advantage is, One Plus has been able to pack in a powerful battery with excellent build quality. More on that later. Winner: One Plus One.

Device Weight: The One Plus Two is a heavier device as it weighs 13 grams more than the One Plus One. The reason for increasing the weight is better build quality. Winner: One Plus One.

Build Quality: One Plus One was made up of plastic. The successor is a huge improvement has far as build quality is concerned. The frame of the smartphone is made up of aluminium and magnesium. The back of the device has more options: Sandstone, Bamboo, Rosewood, Apricot and Kevlar. The back cover is user replaceable. Winner: One Plus Two. 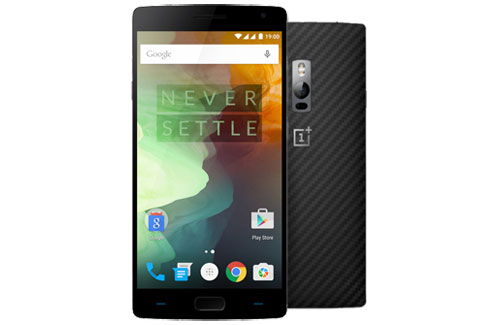 RAM: Memory on the 16GB variant remains the same at 3GB. The 64GB version offers 4GB RAM. It won’t significantly boost the performance, as 3GB is more than adequate for most users. Might be useful for high-end gamers. Winner: One Plus Two (64GB version only).

Battery: Bigger, thicker and heavier device or lesser battery backup – which would you choose? With phones getting thinner, manufacturers are cutting down on battery power to make their devices smaller and lighter. One Plus does the opposite. They have increased the battery capacity from 3100 mAh to 3300 mAh in the One Plus Two. The device should last for two days with moderate usage and more than a day with heavy usage. Winner: One Plus Two.

Near Field Communication (NFC): Surprisingly, the new version misses out on NFC support. Winner: One Plus One. 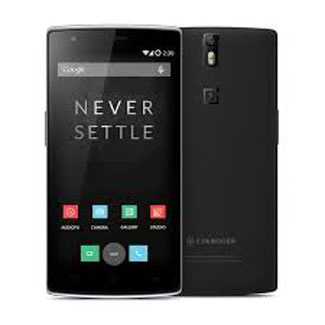 Charging type: The One Plus Two will use the USB-C type, which was made popular on the latest version of Apple Macbook (12 inch). It ditches the Micro-USB type, which also means your older charging cables won’t work. The USB-C type slot has its own advantages. The cable is reversible, meaning you can plug it in any way you want. Winner: One Plus Two, because USB-C is the future.

Availability: Purchasing the One Plus Two in the next couple of months will be a challenge. You need an invite. Head over to the One Plus Invite page and register your email address. There are more than 1.5 million registrations already and they are increasing quickly. Even then, One Plus clearly says on their website that the device will ship after 3 weeks.

In short, if you are not in a hurry to purchase a smartphone and can afford to spend a little more, then wait for the One Plus Two. If you need a smartphone now, the One Plus One is a very capable smartphone. The new version improves in a few areas; faster processor, slightly better battery life, finger print sensor and better build quality. But the Android smartphone would cost you Rs 22,999 for the 16GB version (3GB RAM) and Rs 24,999 for 64GB version (4GB RAM). In comparison, One Plus One is much cheaper – Rs 18,998 for 16GB and Rs 21,998 for 64GB.

When is Apple iPad Air 2 releasing in India?

How to buy One Plus 2 in India?