Times Now has for long been the most watched English News channel in India, but the latest BARC (Broadcast Audience Research Council) India ratings suggest that the channel now leads by a huge margin.

Times Now recorded ratings of 563 TVTs (number of target households in thousands where an event was on, averaged across minutes), leaving the rest of the competition far behind.

The second most watched English News channel is India Today Television with TVT of 243. 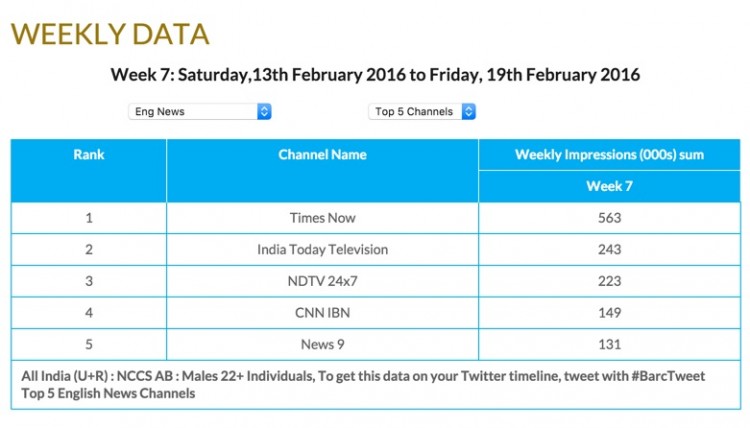 Launched 10 years ago on 23rd January 2006, Times Now is headed by its editor-in-chief and news anchor Arnab Goswami. His Newshour debate, which is aired five days a week from Monday to Friday, is by far the most popular English debate.