Buying a smartphone is always tricky since there are lot of options to choose from and it gets really annoying when there are 10 to 15 options at the same price point.

Back in olden days when mobiles were first introduced they were just meant for calling or texting and  playing some simple games like ‘Snake’. As technology got more advanced the phones got bigger, slimmer and more efficient.

Then came the ‘touchscreen smartphone’ era, which changed everything. Blackberry’s were no longer the smartphone of choice after Steve Jobs’ historic keynote announcing the iPhone on March 21 2007.

Since then, iOS and Android smartphones have dominated the market with a market share of more than 95%.

With the Chinese manufacturers entering the mobile market in India, Indian consumers have now begun to prefer value-for-money feature-packed smartphones over expensive phones from established manufacturers.

However, there are still plenty of questions that a consumer has in mind before spending his hard-earned money on a mobile device.

On this page, we explain in simple words about each component of a mobile phone – which will not only help you understand your phone better, but help you in making a good purchase decision in the future.

Now choosing the best one among all these is certainly the most difficult task. Thus to help you find the suitable phone as per your requirements, We have made this buying guide that lets you understand the different aspects of the mobile phone.

Size: This is one of the most important aspects to be considered while buying a phone. The screen size is the measurement taken diagonally. It varies from 4.0 inch to 6.5 inch i.e 4.0 inch being the smallest and 6.5 inch being the biggest which is also called as a ‘Phablet’ (Phone + Tablet).

Resolution: There are four popular display resolutions in the market today:

It’s also important to consider the pixel density of your device, which is known as PPI (Pixels Per inch). PPI is nothing but pixels that are squeezed into one square inch of your display. In real world usage, when the PPI is higher than 300, human eye cannot differentiate between pixels. Hence, the text and images on the display look crystal clear. When the PPI is lower than 300, that’s when you begin to notice the difference between pixels.

Type : There are mainly 6 types of display and they come with some protective layer called as Corning glass or scratch proof resistant.

Design and build quality of the phones also plays a major role while buying the phone. The phone has to look and feel premium. Back in those days phones were much heavier, bulkier and were made up of plastic. But these days phones are much more lighter and better looking.

Materials make a difference in the look and the feel of the phone, That’s not to say a phone’s performance is completely unaffected by materials. Indeed, the phone’s design itself can change depending on the material used on the outside. Although these days many phones have come up with different materials like rubber and wooden panel at the back, There are mainly 2 types of material used in making the phone.

There are waterproof and dust proof phones as well which does resist the phone from getting damaged. There are only few phones with this kind of technology that is available in the market.

Processor determines everything about a phone. A good processor is a must while buying a phone. Now how to know whether the processor is good or not, read the following:

Graphics: Now graphics depends on the processor as well, if the phone has a good processor than the smartphone can handle any kind of games without any issue. Most of the smartphones with Adreno GPU can handle heavy games and provide the best experience in terms of clarity and graphics.

There are only 2 types of operating system and each softwares has got it’s own positives and negatives.

Storage and memory is very important for those who like clicking a lot of pictures and also for gaming.

Battery life is the most important feature in the phone, without the battery all the above features makes no sense. In order to buy the best phone always look for a good battery life. Every phone has its own battery life cycle. Now these can be determined by mainly these factors.

Not too long ago mobiles used to come with single sim slot and these days most of the phones come with Dual sim slot, some phones come with hybrid sim slot that is you can either use a micro sim with Micro SD card or Both the sims together.  Dual sim phones are much better than single sim phones, mainly because it is flexible to use and cost effective. In other words its like using two devices in one. However these devices tend to drain battery of the phone within no time.

There are mainly 3 kinds of network that is available while browsing :2G , 3G and 4G

2G: Most of the phones these come with at least 3G connectivity. 2G connection is very slow and cost effective.

3G: Most of phones support 3G connections, there are phones which support dual sim that support 3G. It is faster than 2G but slower than 4G

4G: 4G also known as LTE is available in most of the phones. Is a lot faster than 3G but most of cities don’t support 4G. So until all the cities support 4G it is a waste.

There are a lot of connectivity options in your phone :

These are main things to consider while buying a smartphone. Let us know if you have any doubts. 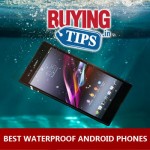